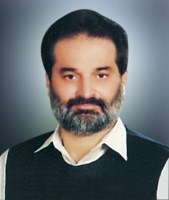 Rana Ejaz Ahmad Noon son of Rana Shaukat Hayat Noon (Ex-MNA) was born on April 8, 1968 at Multan. He acquired his early education from Aitchison College, Lahore and graduated in 1989 from Government College, Lahore. An agriculturist, who served as Member, District Council during 1998-99; as Nazim, Union Council during 2001-02; and as Chairman, Market Committee Shujaabad, Multan during 2003-04. He remained Member, Provincial Assembly of the Punjab for three terms during 2002-18 and functioned as Parliamentary Secretary for Agriculture during 2013-18. He has returned to the Punjab Assembly for the fourth consecutive term in General Elections 2018. He belongs to a famous family of seasoned and acclaimed politicians of Multan. His father was a Member of National Assembly during 1985-88; his granduncle, Rana Gul Muhammad Noon was a Member of Punjab Legislative Assembly during 1951-55 and a Member of Provincial Assembly of West Pakistan during 1956-58. His uncle, Rana Taj Ahmed Noon remained MNA during 1972-77, 1977 and 1988-90. His cousin, Rana Sohail Ahmed Noon served as Member, Punjab Assembly during 1993-96 and functioned as Advisor to Chief Minister and Parliamentary Secretary for Industries. His another cousin, Rana Qasim Noon was Member, Punjab Assembly during 2002-07 and functioned as Minister for Labour and Agricultural Marketing. His grandfather, Rana Shafi Ahmad Noon remained Senior Vice Chairman, District Council Multan during 1952; and his brother, Rana Shahzad Ahmad Noon served as Chairman, District Council Multan during 2013-18.