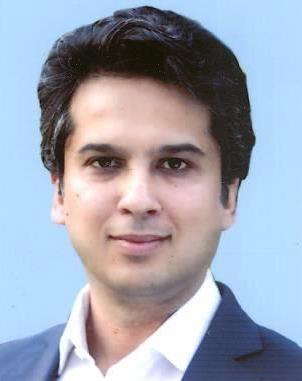 Makhdum Hashim Jawan Bakht son of Makhdum Ruknuddin was born on September 27, 1979. He obtained the degree of B.Com from McGill University, Canada. Prior to contesting the General Elections in 2013, he was associated with the Banking sector and served as Vice President, Corporate & Investment Banking division at Citibank. He served as Member, Provincial Assembly of the Punjab during 2013-18 and functioned as Chairman, Standing Committee on Finance. He has returned to the Punjab Assembly for the second consecutive term in General Elections 2018 and is functioning as Minister for Finance. His father remained Member National Assembly during 1988-90. His brother, Makhdum Khusro Bakhtyar served as Member, Punjab Assembly during 1997-99 (functioned as Special Assistant to Chief Minister), as Member National Assembly during 2002-07, 2013-18 and functioned as Minister of State for Foreign Affairs during 2004-07. He is a sitting MNA who functioned as Federal Minister for Planning, Development & Reforms; National Food Security & Research during 2018-2020 and is currently serving as Federal Minister for Economic Affairs.