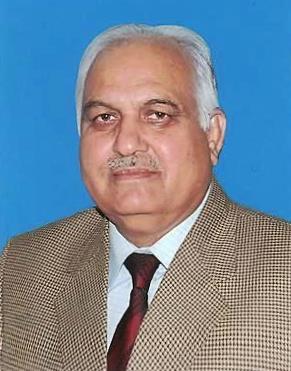 Choudhry Muhammad Shafique Anwar son of Haji Meeran Bakhsh was born on July 3, 1952 at Rahim Yar Khan. He graduated in 1973 from Government Degree College, Faisalabad. A businessman and an agriculturist, who served as Councillor, Union Council Adam Sohba, Sadiqabad during 1983-87; as Member, District Council Rahim Yar Khan during 1987-91; as Councillor, Municipal Committee Sadiqabad during 1991-95; as Chairman, Municipal Committee Sadiqabad during 1998-99; and as City Nazim, Sadiqabad during 2001-02. He has functioned as honorary Special Magistrate during 1991-93; as President, Chamber of Commerce, Grain Market, Sadiqabad; and as Vice President, Bahawalpur Chamber of Commerce & Industry during 1992-98. He was Member of Provincial Assembly of the Punjab during 2002-07, 2008-13, 2013-18 and functioned as Minister for Industries, Commerce & Investment during 2013-16 and Minister for Special Education during 2016-18. He has been re-elected as Member Punjab Assembly for the fourth consecutive term in General Elections 2018 and is functioning as Chairman, Standing Committee on Industries, Commerce & Investment. He has visited China, USA, UAE, Turkey and Saudi Arabia.