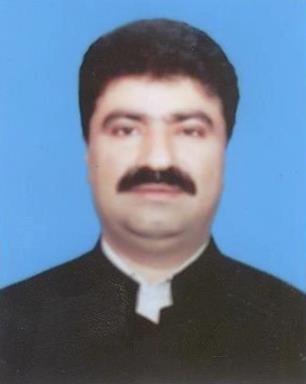 Mr Muhammad Raza Hussain Bukhari son of Makhdoom Altaf Hussain Bukhari was born on January 1, 1972. He obtained the degree of LL.B from Bahauddin Zakariya University, Multan. A lawyer, who has been elected as Member, Provincial Assembly of the Punjab in General Elections 2018 and is functioning as Parliamentary Secretary for Forestry, Wildlife & Fisheries. He served as District Naib Nazim Muzaffargarh during 2001-2005.