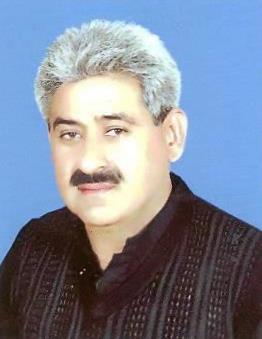 Sardar Shahabuddin Khan Sehar son of Sardar Behram Khan Sehar was born on May 1, 1968 at Layyah. He graduated in 2005 from University of Quetta. An agriculturist, who served as Member, Provincial Assembly of the Punjab during 2013-18 and functioned as Chairman, Standing Committee on Special Education. He has been elected as Member Punjab Assembly for the second consecutive term in General Elections 2018 and is functioning as Parliamentary Secretary for Communication & Works. He remained Member, District Council Layyah during 1998-99; and as District Nazim, Layyah during 2001-05. His father was MNA during 1977; and functioned as Chairman, Banking Tribunal during 1994-95. His uncle, Sardar Muhammad Jahangir Khan was Member of National Assembly during 1985-88 and 1993-96; and his cousin, Sardar Bahadar Khan served as Member, National Assembly during 2002-07 and 2008-13 and also functioned as Federal Minister for Defence Production; and his another cousin Sardar Sajjad Ahmad Khan remained Tehsil Nazim Karor during 2005-09.