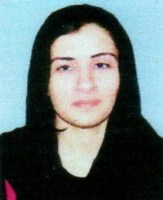 Ms Mehwish Sultana daughter of Sultan Raja Azmat Hayat was born on August 30, 1980 at Chakwal. She obtained the degree of MBA in 2003 from University of Arid Agriculture, Rawalpindi; and attended one year Diploma in French language at National University of Modern Languages, Islamabad during 2005. A landlady, who remained Member Punjab Assembly during 2013-18 and served as Parliamentary Secretary for Higher Education. She has returned to this Assembly for the second consecutive term in General Elections 2018 against one of the seats reserved for women. She has travelled to Saudi Arabia, India, China, Canada, UK, USA, Dubai, Qatar and Sri Lanka. Her family has been actively participating in politics since Pakistan Movement. Her father was Member of Punjab Assembly during 1993-96, 1997-99; and her Mother, Mrs Ghazala Farhat remained Member, Punjab Assembly during 2008-09. She served as Chairperson, Punjab Examination Commission during 2017-18; as Member, Austerity Committee during 2013-18; as Member Syndicate, The Khawaja Fareed University of Engineering & Information Technology, Rahim Yar Khan during 2016-18; as Member, Board of Governor, Lawrence College Ghora Gali, Murree during 2017; as Member, Board of Governor, Cadet College Choa Saiden Shah, Chakwal during 2013-18; as Member, Board of Director, Power Development Board, Energy Department during 2015-18; and as Member, Board of Governor, Punjab Curriculum & Textbook Board, Lahore during 2017-18.