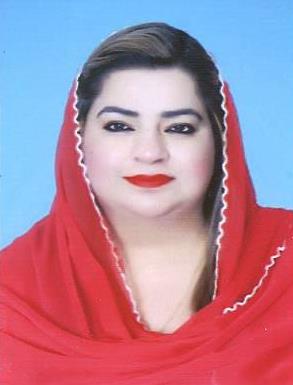 Ms Rahila Khadim Hussain wife of Syed Naeem Abbas was born on July 2, 1976 in Lahore. She graduated in 1996 from Government College for Women, Baghbanpura, Lahore. A businesswoman, who served as Member, Provincial Assembly of the Punjab during 2008-13, 2013-18 and served as Chairperson, Standing Committee on Gender Mainstreaming during 2014-18. She has returned to Punjab Assembly for the third consecutive term in General Elections 2018 against one of the seats reserved for women. She has travelled to Norway, Sweden, Denmark, Jordan, Malaysia, UAE, UK and USA. Her mother, Begum Sardar Khadim Hussain was Member of District Council during 2002.