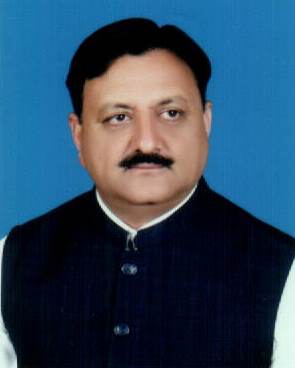 Sardar Iftikhar Ahmed Khan son of Khan Aziz Ahmed Khan was born on November 27, 1969 at Fateh Jang and graduated in 2006 from Allama Iqbal Open University, Islamabad. He was commissioned in Pakistan Army in 1991 as an Officer. He served as Councillor, Municipal Corporation Fateh Jang during 1998-99; and as Tehsil Nazim, Fateh Jang during 2001-05. An agriculturist, who has been elected as Member, Provincial Assembly of the Punjab in bye-elections held on October 14, 2018. His brother, Sardar Mukhtar Ahmad Khan was Chairman, Union Council Ajuwala District Attock during 2015-19; and another brother, Mr Abid Aziz, served as Member, Municipal Committee Fateh Jang during 2015-19.