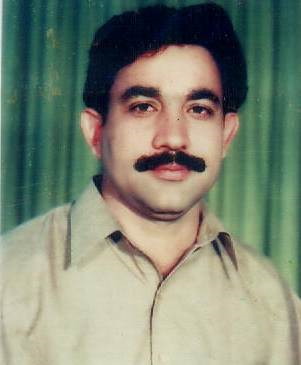 Malik Saif-ul-Malook Khokhar son of Malik Muhammad Ayub Khokhar was born on June 18, 1967 in Lahore. An agriculturist, who remained Member, Zila Council Lahore during 1998-99, Member, Provincial Assembly of the Punjab during 2010-13 and 2013-18. He has returned to the Punjab Assembly for the third consecutive term in bye-elections held on October 14, 2018 against the seat vacated by Mian Muhammad Shahbaz Sharif, who had won both National and Provincial seats and had opted for NA seat. His younger brother, Mr Muhammad Afzal Khokhar was Member of Punjab Assembly during 2002-07; and Member, National Assembly during 2008-13, 2013-18 and is a sitting MNA.