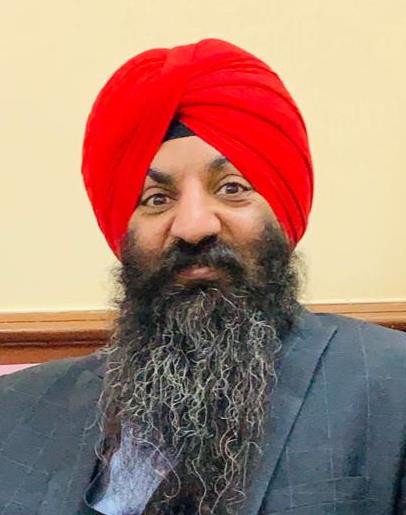 Sardar Ramesh Singh Arora son of Mr R.L. Arora was born on October 11, 1974 at Nankana Sahib. He graduated from University of the Punjab, Lahore. He is a leading Entrepreneur & prominent Sikh Leader hails from Kartarpur, Narowal. A businessman, who has been elected as Member, Provincial Assembly of the Punjab for the second consecutive term in 2020 against one of the seats reserved for non-Muslims which fell vacant due to the death of a Member. In his first tenure during 2013-18, he was the first Parliamentarian in Punjab Assembly who came from Sikh Community after Independence of Pakistan in 1947. He functioned as Chairman, Standing Committee on Commerce & Investment during 2014-17; and as Chairman, Standing Committee on Human Rights & Minorities Affairs during 2017-18. A renowned Human Rights Activist and a Social Worker, who played a prominent role to protect the rights of Sikh Community in Pakistan and passage of “The Punjab Sikh Anand Karaj Marriage Act 2018” goes to his credit. Due to his efforts, Pakistan has become the first country where Sikh Marriages Registration Act is enforced. He served as Member, Evacuee Trust Property Board (ETPB) Govt. of Punjab; as Member, National Commission for Minorities, under the Ministry of National Harmony during 2011-13; and as General Secretary, Pakistan Sikh Gurdwara Parbhandak Committee during 2009-13. He represented Pakistan in the “Citizen Equal Rights Forums” through three weeks exchange visit to USA held in July 2011, funded by United States, State Department. He was awarded National Human Rights Award in 2016 by the President of the Islamic Republic of Pakistan. He has extensively travelled abroad. He has recently participated in a leadership course at Harvard Business School Boston, USA.