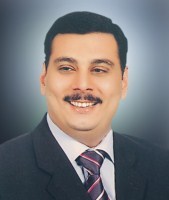 Mr Imran Khalid Butt son of Mr Khalid Pervaiz Butt was born on July 3, 1977 at Gujranwala. He graduated in 1997 from University of the Punjab, Lahore. A businessman, who remained Member, Provincial Assembly of the Punjab during 2008-13 and also functioned as Parliamentary Secretary for Public Prosecution during 2012-13. He has been re-elected for the second consecutive term in general elections 2013 and is serving as Parliamentary Secretary for Industries, Commerce & Investment. He has travelled to USA and UK.