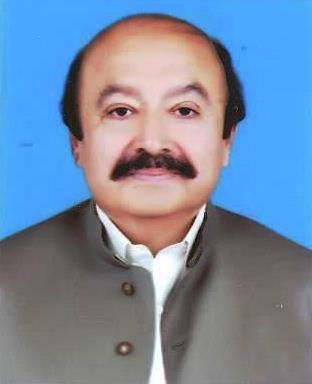 Mr Muhammad Sibtain Khan son of Mr Abdur Rehman Khan was born on August 30, 1958 at Piplan, Mianwali. He obtained the degree of M.A. (Political Science) in 1982 from University of the Punjab, Lahore. An agriculturist, who served as Chairman Town Committee during 1983-87. He served as Member, Provincial Assembly of the Punjab during 1990-93, 2002-07 and 2013-18; and functioned as Minister for Mines & Minerals during 2003-07. He has been re-elected as Member, Punjab Assembly for the fourth term in General Elections 2018 and functioned as Minister for Forestry, Wildlife & Fisheries during 2018-19 and is currently serving as Minister for Forest. He has travelled to USA, UK, China and North Korea on study tours.