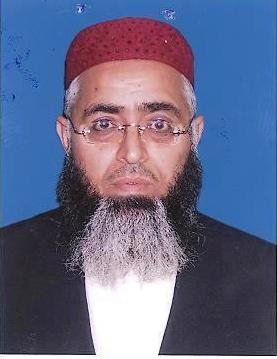 Maulana Muhammad Ilyas Chinioti son of Maulana Manzoor Ahmad Chinioti was born on December 31, 1961 at Chiniot. In addition to several Islamic courses, he obtained the degree of M.A (Arabic) in 1983 from Wifaq-ul-Madaris Al-Arabia, Multan and M.A (Islamiyat) in 2008 from University of the Punjab, Lahore. He earned a Diploma in Arabic Language from Ummul Qurra University, Makkah, Saudi Arabia in 1986. He served as Ameer, International Khatam-e-Nabuwat Movement Pakistan in 2004. A teacher, who remained Member, Provincial Assembly of the Punjab during 2008-13, 2013-18 and has returned to the Punjab Assembly for the third consecutive term in General Elections 2018. A book titled “The Case of Hazrat Essa in the Court of Christians” published in 2011 and a book titled “Arbaeen-e-Khatam-e-Nabuwat” published in 2014 are also to his credit. He has travelled to Indonesia, Uzbekistan, Japan, Mozambique, Saudi Arabia, South Africa, United Arab Emirates, Bangladesh, Malaysia, Hong Kong, Thailand and India. His father remained Chairman, Tehsil Municipal Committee Chiniot during 1992-94; and served as Member, Punjab Assembly for three terms during 1985-88, 1988-90 and 1997-99.