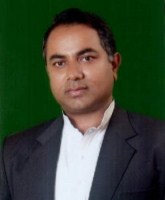 Mr Muhammad Kashif son of Mahr Rang Elahi was born on January 27, 1976 at Sheikhupura. He obtained the degrees of B.Sc(Hons) in 2000 in Economics from LSE(London, UK); and M.Sc (Economic Development and Planning) in 2006 from UCL (London, UK). An agriculturist and an academic manager, who has been re-elected as Member, Provincial Assembly of the Punjab in general elections 2018. He has visited Canada, UK, Europe, Dubai, Africa and Middle East. His father, served as Member, District Council during 1979-83.