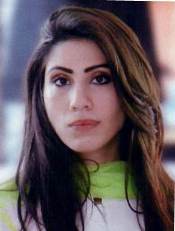 Ms Hina Parvez Butt wife of Mr Samar Hayat was born on January 19, 1982 in Lahore. She obtained the degrees of B.Sc(Hons) Computer Sciences in 2004 and MBA in 2010 from Lahore University of Management Sciences, Lahore (LUMS), winning twice the Dean’s Honour List Awards for B.Sc and MBA. She also qualified with a Masters in International Relations in 2016 from Middlesex University, Dubai. A politician and a businesswoman, who embarked on these demanding careers at young age. She remained Member, Provincial Assembly of the Punjab during 2013-18 and has been re-elected as Member, Punjab Assembly for the second consecutive term in General Elections 2018 against one of the seats reserved for women. She has the honour to be selected at the Harvard Kennedy School Education Module, ‘Global Leadership and Public Policy for the 21st Century’, Cambridge, USA. She has recently been awarded with the certificate from Oxford University on “Transformational Leadership: Leadership on the Edges”. She has participated regularly at the world economic forum summits; YGL Summits; and represented Pakistan at Asia Pacific Summit 2019 held at Cambodia. She has rendered her services as the Secretary General of First Women Parliamentary Caucus of Punjab during 2015-16 and is currently serving as the Women Health Representative of Women Caucus. She is associated with different NGOs that are working on projects empowering women, minorities, youth and domestic workers. She has been writing articles on weekly basis in two recognized newspapers of Pakistan i.e. Daily Times and Jang.