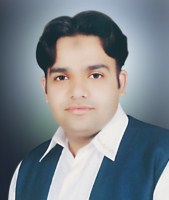 Mr Muhammad Naeem Safdar Ansari son of Haji Safdar Ali Ansari was born on January 26, 1982 in Lahore. He obtained the degree of M.A. (Political Science) in 2016 from University of Sargodha and passed LL.B. in 2017 from Bahauddin Zakariya University, Multan. He remained Member Provincial Assembly of the Punjab during 2008-13, 2013-18 and functioned as Parliamentary Secretary for Communication & Works during 2017-18. A businessman, who has been elected as Member, Provincial Assembly of the Punjab for the third consecutive term in General Elections 2018. He has travelled to USA, Saudi Arabia, France, Switzerland and UK.